Rapid urbanization has increased the demand for construction materials multifold, leading to rampant exploitation of natural resources. This increased demand has driven the quest for alternate construction materials. Also, the disposal of waste material is a major concern in developing countries such as India. The best way combat this is to recycle or dispose the waste material under a controlled environment.

Wind power is a renewable source of energy and is useful in complimenting electrical supply. Bladeless turbines are efficient in generating electricity with less maintenance cost as compared with conventional wind turbines. The use of an alternate source of energy reduces power demands and its severe shortages. Bladeless turbines are energy efficient and reduce physical damages compared to conventional power generating units. In this study, iron ore tailings (IOT) procured from Kudremukh Lakya Dam site (KIOCL Ltd.) was used as partial replacement to fine aggregates at levels of 10, 20, 30, 40, and 50 percent, and the basic material properties, strength parameters were studied. It was found that as the IOT percentage increased in the mix, its workability reduced. At 40% replacement level, the 28 day-compressive strength was more than the reference mix and other replacement percentage mixes. Flexural strength was observed to be maximum for reference mix. Quality of concrete mixes was found good from Ultrasound Pulse Velocity test. Flexural fatigue analysis was carried out on the mix with 40% IOT replacement at stress ratios 0.65, 0.7 and 0.75 compared with IRC model for number of repetitions using log normal distribution. For up to 0.7 stress ratio, it showed more number of repetitions than IRC and at higher stress ratio mix with IOT achieved failure earlier. 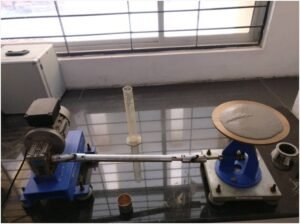 The main objective of the investigation was to explore the possibility of reuse of Common Effluent Treatment Plant (CETP) sludge and determine its applicability in the construction sector. CETP sludge is tested for its suitability and included in proportioning of CLSM. ACI-229R defines Controlled Low Strength Material (CLSM) as a self-compacting material with a compressive strength of 8.2 MPa or less. It is a versatile and flowable mix whose proportions can be suitably adjusted to meet specified requirements. The present investigation aimed at developing CLSM by utilizing CETP sludge in partial quantities. The mixes were subjected to fresh and hardened property tests. The experimental results showed the feasibility of partial replacement of cement by CETP sludge, thereby highlighting the efficient reusability of industrial by-product as a construction material. A mixture of 10% CETP sludge, 90 kg/m3 cement, and 600 kg/m3 Class F Fly Ash with water provided unconfined compressive strength values within the range for classification as CLSM. This mixture satisfies the excavatability and walkability requirements as well as the hardening time and stability.

Waste from quarry and fabrication operations can be unsafe and environmentally detrimental. Scrap stone can create an undesirable visual impact as well as dangerous working conditions if it is not well organized or if piles are allowed to be stacked carelessly. Runoff from the scrap mounds can cause erosion problems, and fines introduced into natural waterways can suffocate local ecosystems. Airborne dust from uncovered stockpiles or poorly functioning filtration equipment can cause respiratory, ocular, or dermal irritation for employees, and be a visual or even respiratory burden on local communities. Silicosis, a lung disease causing breathing difficulties, and sometimes mortality, can potentially afflict employees if the stone contains silica. Further, if waste must be disposed of off-site, landfill fees can create additional costs for quarry and fabrication operators. Other types of manufacturing wastes, like antifreeze and lubricants, have the potential to create environmental problems if they are leaked onto the ground or into a waterway. 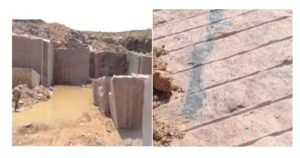 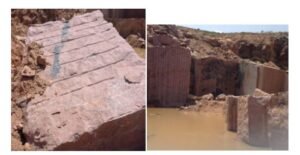 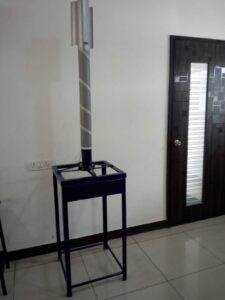 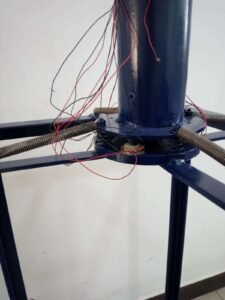 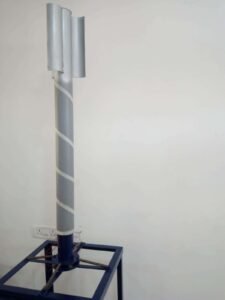 Chandre Gowda, a water resources engineer and GATE scholar, graduated with a Master’s from IIT (Chennai) and Ph.D. from National Institute of Technology, Suratkal, in 2015. His research activity includes rainfall runoff modeling, derivation of operation policy for small, medium and large hydraulic structures. Ongoing research includes the development of commercial products from waste generated by quarry, urban flash flood management and development of local water treatment units for medium and micro scale. Besides two years of industrial exposure in site work execution, he has more than 11 years of research and teaching experience at various institutes. He has published papers in numerous national and international journals. He has presented many lectures and conference papers at a number of institutes and universities. He is an associate member of the Institutions of Engineers India.

Skanda Kumar holds a B.Tech in Civil Engineering with a Master’s Degree in Transportation and Engineering Management, and a Ph.D. from Visvesvaraya Technological University (VTU). Skanda Kumar has more than 8 years of teaching experience and has served in various prestigious institutes. He has actively contributed in the industrial consultancy work undertaken. His other areas of interest include Highway Engineering, Geotechnical Engineering, Surveying, Concrete Technology, Building Materials, and Construction Technology, Transportation planning, Traffic Engineering & Management, Quality Control, Engineering Mechanics, and Road Safety. A few notable projects which have evinced industrial interest include Travel Delay and Modal Split Analysis – A Case Study, Utilization of Iron Ore Tailings as Replacement to Fine Aggregates in Cement Concrete Pavements, and Development of CLSM incorporating CETP Sludge for Pavement Subgrades. He has served as Assistant Professor at JSSATE – Mauritius, DSCE, and Jain University. He is a Life Member of the Association of Consulting Civil Engineers India (MACCE-I) and Associate Member of The Institution of Engineers (India).